Rising from a dusty ranch in an undeveloped, sparsely populated area of early Orange County, the University of California, Irvine has become a regional mecca for knowledge, discovery and health. The first faculty, students and staff who arrived on the rolling coastal hills of the nascent campus had a pioneering spirit and an adventurous embrace of innovation, befitting of the new land.

Today, UCI’s achievements have surpassed the dreams of its founders. It has become one of the nation’s most pre-eminent public universities and health systems, topping rankings and garnering prestigious awards that include Nobel and Pulitzer prizes. Recognized as “doing the most of the American dream” by The New York Times, UCI is rated among the country’s best as a catalyst for upward mobility and at providing access to a world-class education for all qualified students, regardless of their background.

Adding to the academic prestige is UCI Health, Orange County’s only academic health system, which operates health care centers throughout the region, including a 417-bed hospital treating the most complex cases, community-based medical offices, and the county’s only nationally-designated cancer center. UCI Medical Center has been ranked as one of the nation’s best hospitals by U.S. News & World Report for 19 consecutive years. Together, UCI’s health system and college of health sciences discover the cures and train the professionals that save lives.

UCI’s ascension to prestige mirrored the growth and sophistication of its surrounding community. Orange County is now the seventh largest county in the United States, home of thriving businesses, a consistently healthy economy, and increasingly diverse culture. UCI contributes approximately $8 billion in annual economic impact and is the county’s second largest private employer (trailing only the Disneyland Resort).

The institution’s fierce dedication to excellence is ensuring a brilliant future. Applications for undergraduate admission have surpassed 100,000 for several years – more than those received by nearly any other university. Its commitment to providing a better life for students continues, as more than half are first-generation or come from low-income families, while patients continue to benefit from the university’s life-saving research and expertise.

And the pioneering, can-do spirit that transformed the remote ranch more than five decades ago still remains ingrained in the culture. UCI is determined to find cures, solve problems and constantly raise the bar, stopping at nothing to build a brighter future Orange County and the world.

UCI’s Strategic Pillars: Our Roadmap to the Future

UCI’s strategic plan is grounded in four pillars. Together, they define the university’s vision and purpose. And everything we do is fueled by these principles.

Growth That Makes a Difference

Expanding Our Capacity to Improve Lives

New Paths for Our Brilliant Future

Storytelling is central to advancing our brand – and we use a variety of platforms (from print and digital ads to news features, social media and video) to reach audiences in the most compelling manner. 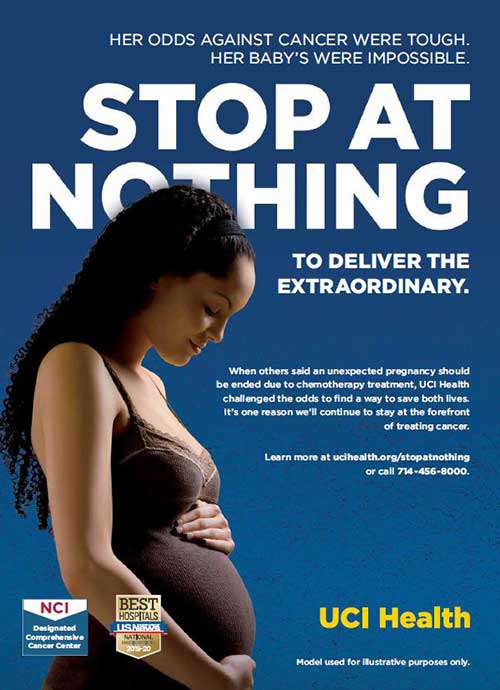 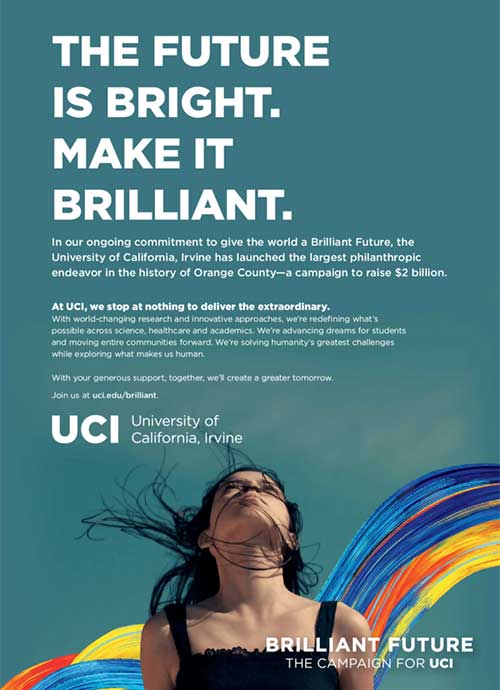 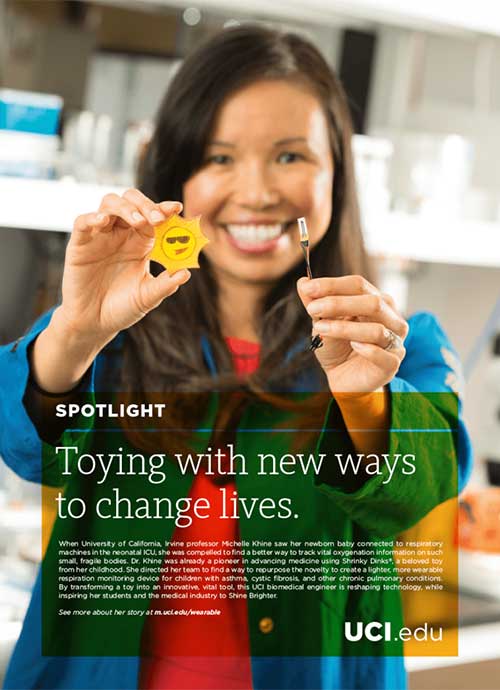 The Spotlight advertising campaign highlights groundbreaking research, university accolades and stories of Anteaters achieving the American dream. The ads are promoted across digital and print media and are linked to a wide range of UCI web pages. 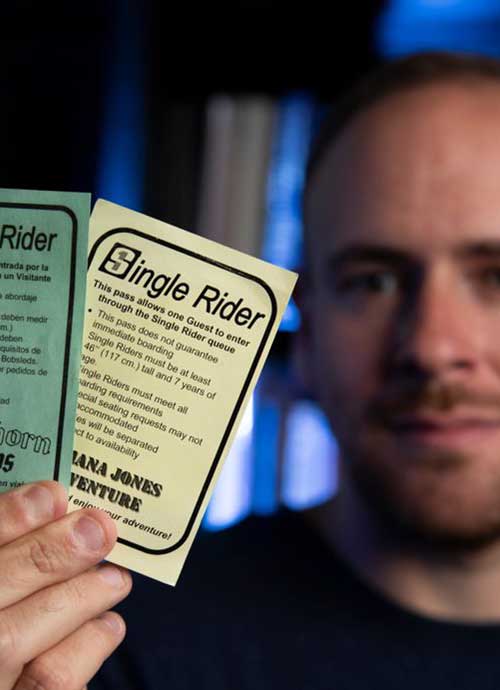 UCI in the News

Through a multitude of public service projects, arts programs, off-campus lectures, legal aid initiatives, wellness clinics, youth outreach efforts and community partnerships – to name but a few – UCI demonstrates its commitment to engaging with and improving the surrounding community.

#IamUCI - The Future is Ours

#IamUCI profiles proud Anteaters making an impact. From a volleyball songstress who dreams of serving others to an artist exploring big data and AI to grateful parents creating a lasting legacy to accomplished alumni recalling UCI’s influence on their careers, these are stories that inspire, enchant and empower our community. 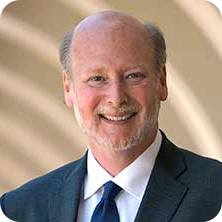 "Our brand isn’t an invention we are introducing to the world. It is rather a revelation of who we really are today and who we aspire to be. Think of it as a promise that we make every time we communicate about the university."

Here’s some of our most popular links to help you find what you need even faster.